Roots And Evolution Of Rastafari

Rastafari has become a global Phenomenon with conflicting claims of Its roots and origins. In this edition of (HOD), we'll take an in debt look at the origins and roots of Rastafari, the founding fathers, and how the concept evolved. 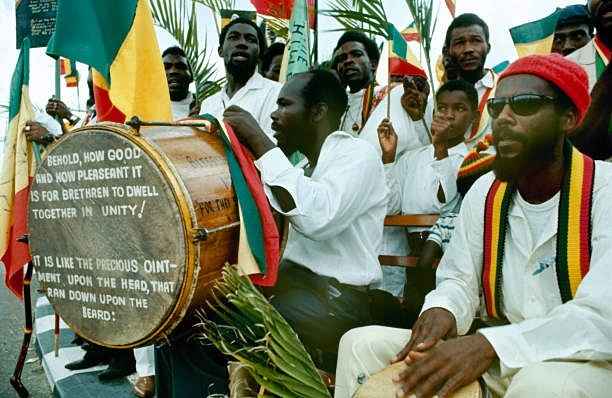 The Rastafari movement started in Jamaica as a direct offspring of the Universal Negro Improvement Association (UNIA) led by Marcus Messiah Garvey, an ardent advocate for repatriation to Africa.

However, It's impossible to contextualize Rastafari without recognizing and paying respect to some of the unknown and forgotten names of others who played prominent roles in the emergence of the Rastafari movement.

Of all the names of Important people associated with the history and culture of Rastafari, the names of Haile Selassie, Marcus Garvey, and Bob Marley are the most prominent.

Conspicuously absent are the names of Joseph Nathaniel Hibbert and Leonard Percival Howell, two mystic and eccentric men with different religipous ideology who share the title of the father, and preacher of the Rastafari philosophy.

Apparently, Very little is known about the life of Joseph Nathaniel Hibbert, but from all accounts, he was a member of the Ancient Order Of Ethiopia Masonic lodge and a firm believer in the divinity of Haile Selassie. Hibbert was also the founder and minister of the first Ethiopian Coptic church in St. Andrew Parish, in 1931.

Leonard Percival Howell (aka The GONG) was a die-hard follower, supporter, and member of Marcus Garvey's (UNIA), but unlike Garvey, Howell did not attract or seek international attention. Howell was a mystic man considered by many as the father of the Rastafari movement in Jamaica.