The emergence of different factions, tribes and even extremist groups of Rastafarians since the movement started was inevitable because there's no officially established doctrine or religious protocol that governs or define Rastafari. The lack of clearly defined criteria or guidelines for becoming a Rastafarian left the movement philosophically divided and open to mixed interpretations . 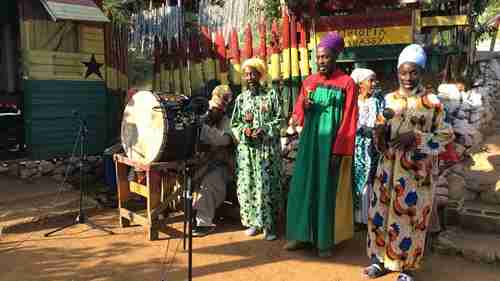 The rapid growth and globalization of the movement in its infant stage might be the reason for the different cultural, ideological, and religious beliefs amongst the different Rastafarian groups. Obviously, nothing stays the same forever, but there are centralized norms, traditions, and spiritual rituals intrinsic to the cultural heritage and identity of Rastafari that cannot change.

The Rastafari philosophy is based on universal Oneness, which means "one people, one God, one destiny," so It's not quite clear what distinguishes Nyahbinghi, Twelve Tribe, Bobo Dread and similar groups from each other and the reason for the obvious divide. There might be a logical explanation that could shed some light on that, but the philosophy never change .

Apparently, thel oneness envisioned by the founding fathers of Rastafari remain unattained, and it seems less likely to be achieved any time soon once the movement remains fragmented and divided into different groups. Without a central body and unified voice, the unintended confusion and mixed interpretations will persist.

Given the open interpretive state of Rastafari, It's easy for anyone to grow deadlocks, call them self Rasta, and use the bible as a platform to propagate some ordain fantasy of what they assume or believe It to be. The irony of that is obvious, but It's indicative of what's happening in the apparent absence of an unambiguous definition of what Rastafari Is. Until then, Rastafari will remain susceptible to misrepresentation.