1439: Portugal takes the Azores and increases expeditions along northwest African coast, eventually reaching the Gold Coast (modern Ghana). The Portuguese explorations were motivated by a desire for knowledge, a wish to bring Christianity to what they perceived as pagan peoples, the search for potential allies against Muslim threats, and the hope of finding new and lucrative trade routes and sources of wealth.

Wherever the Portuguese—and the English, French, and Dutch who followed them—went, they eventually disrupted ongoing patterns of trade and political life and changed economic and religious systems.

Timeline of Portuguese Activity in East Africa from 1498 to 1700

the first shipment of African slaves sent directly from Africa to Portugal. With the complicity and blessings of the Catholic church. the Portuguese would come to dominate the gold, spice and slave trade for almost a century before other European nations became greatly involved. 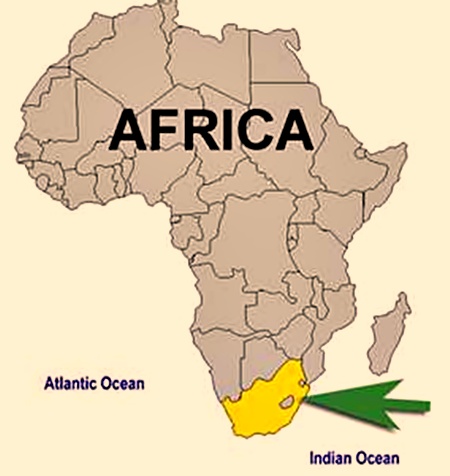 (adapted from Stearns, Adas, and Schwartz)

It is true that African societies did have various forms of slavery and dependent labor before their interaction with Arabs and Europeans that invaded Africa, especially in nonegalitarian centralized African states, but scholars argue that indigenous slavery was relatively a marginal aspect of traditional African societies.

Many forms of servitude and slavery were relatively benign, an extension of lineage and kinship systems. Slaves and servants were often well-treated and could rise to respected positions in households and communities. African social hierarchies and conditions of servitude were mitigated by complex, extended kinship relationships, based on community, group, clan, and family.

Ethnic rivalries and hostilities did exist, as did ethnocentrism (a belief that one's group and its lifeways are superior to those of other groups), but the concept of race was a foreign import. Muslim conquests of North Africa and penetration in the south made slavery a more widely diffused phenomenon, and the slave trade in Africans—especially women and children--developed on a new scale.

The adoption of Islamic concepts of slavery made it a legitimate fate for non-believers but an illegal treatment for Muslims. In the forest states of West Africa, such as Benin and Kongo, slavery was an important institution before the European arrival, African rulers seeking to enslave other African groups, rather than their own people, to enhance their wealth, prestige, and control of labor.